Exhibition of Epsom and Ewell in the Great War 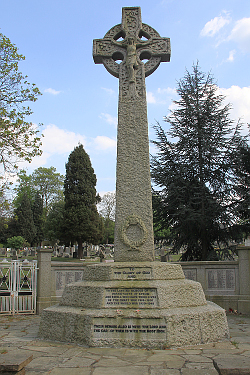 To commemorate the 100th anniversary of the start of the Great War the Epsom and Ewell Local and Family History Centre and Bourne Hall Museum are mounting a display in Bourne Hall from Monday 4th to Saturday 16th August.

Over 60 information panels have been prepared with the theme ‘Epsom and Ewell in the Great War’. Topics covered are the War Hospitals, the University and Public Schools Brigade, Woodcote Park Convalescent Camp, the Evacuation process for the Wounded, Women at Work, Postcards, War Horses and the War Memorials. In addition the museum will be showing many artefacts.

On 3 August 1914 Germany invaded Belgium and at 11pm on 4 August 1914 Britain declared War on Germany. The deadliest war that Britain had ever fought had begun.

To avenge ‘poor little Belgium’, men from all over Britain rushed to join the forces. Many believed the war would be over by Christmas, and some fretted lest it should end before they could get to the front. The reality was very different. It dragged on for 4 years and 3 months and cost the lives of around 800,000 men from the UK, with another 1,600,000 wounded.

The number of men from the Borough who fought is unknown, but the many memorials throughout the Borough bear witness to the fact that by the end of the War over 400 had lost their lives. Information about them can be found at www.epsomandewellhistoryexplorer.org.uk

👀 Planning ahead @ The Rising Sun #Epsom